You are here: Home>Themes>People>Swimming>1954 plane crash next to Hastings Pier

1954 plane crash next to Hastings Pier 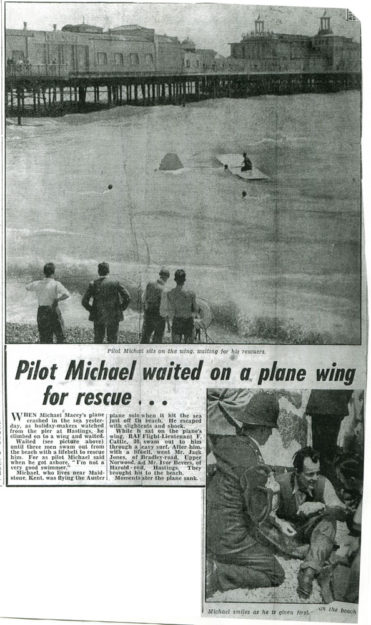 Pilot Michael Macey waiting for rescue on the wing of his downed plane.

Pilot Michael Macey was flying his Auster near to Hastings Pier when the engine stopped. He saw a patch of sea where no-one was swimming and hit the water at about 30 miles per hour. He climbed onto the wing while Flight Lt F. Cattle swam out to him in a heavy surf, followed by Jack Jones and Ivor Bevis in a lifeboat. The pilot was rescued minutes before the plane sank.