You are here: Home>Themes>Entertainment>Promotional>Flyer for Leo Sayer gig 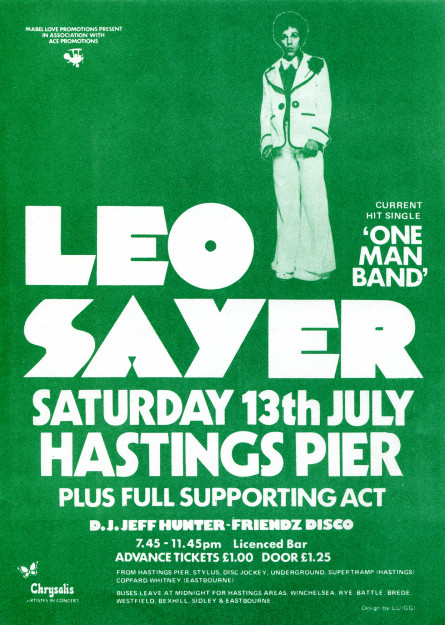 Leo Sayer poster from 1974; an internationally renowned singer songwriter, he played on the Pier three times in 1973-4.

In the 1970s the Pier remained an important and profitable venue for rock concerts. It also still offered a theatre, concert hall, bingo, amusement arcades, angling facilities, bars, a speedboat, steamer trips, kiosks, refreshment rooms and even a zoo. This closed in late 1974, and a charity bought some of the animals, including ten hens and 20 rats. In 1976 the Department of the Environment listed the Pier as a Grade II building of special historic and architectural interest.