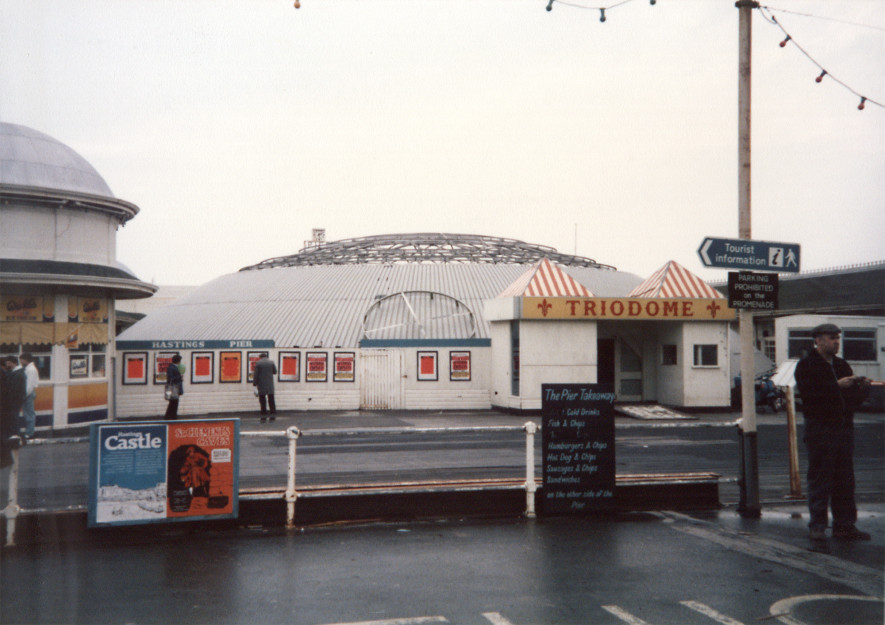 After the Triodome had hosted the Hastings Tapestry, a zoo and a funfair, it was finally dismantled in 1986 and sold to Brighton Pier.
East Sussex County Council Library & Information Service

In 1966 the Hastings Corporation built the Triodome on the parade extension to house the Hastings Embroidery, which commemorated the 900th Anniversary of the Battle of Hastings. After the embroidery was moved out there were amusements in the Triodome, followed by the ‘Zooquarium’, a petting zoo with a circular section in the middle and caged  birds and reptiles around the outside, one section of which was called Old McDonalds Farm. The zoo closed in 1974 and was replaced by an amusement arcade. The Triodome was removed in 1986.