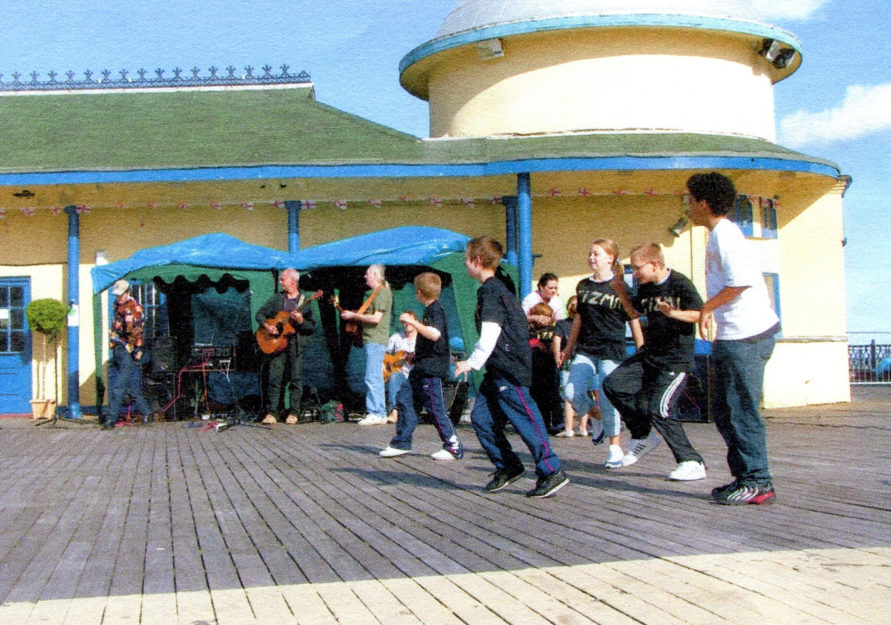 Gizmo kids at Save the Pier event.

By 2006 Hastings Pier’s substructure had been neglected by its owners for many years. In May Pier owners Ravenclaw was served with improvement notices requiring a full structural survey of the Pier and the remedial work identified to be carried out. After Ravenclaw failed to respond, Hastings Council commissioned marine engineers to inspect the substructure, who found that the damage so severe they were surprised the Pier was standing at all. On 16th June the Council used emergency powers to shut all of the Pier except the landward ‘apron’, thus leaving many commercial tenants homeless.

Comments about this page