You are here: Home>Themes>Buildings and place>Changing>A packed bandstand in the 1920s

A packed bandstand in the 1920s 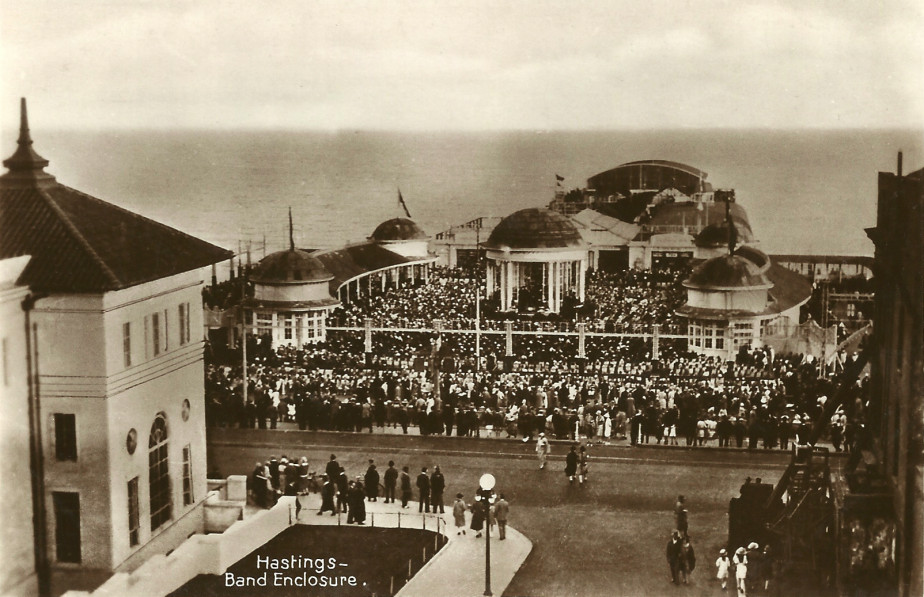 In 1922 an ugly new ballroom, suitable to use only in the summer, replaced the Victorian pavilion at the end of the Pier.

The Pier bandstand opened in 1916, with two curved open-fronted shelters on either side. Each shelter could seat 650 people and there was room for a further 2,000 deckchairs in the open space around the bandstand. A municipal orchestra formed in 1919 offered up to twelve concerts a week in a variety of musical styles.