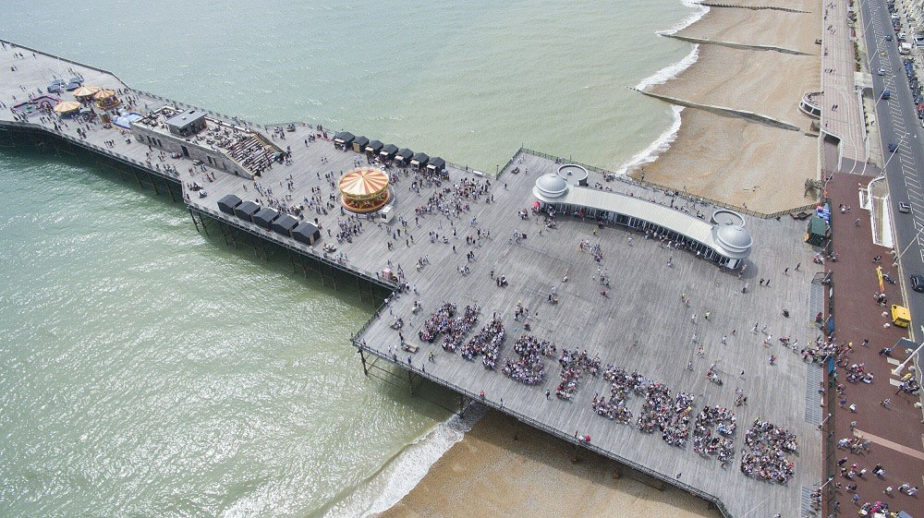 Local residents and holiday makers dressing up as pirates for the annual summer celebration, Pirate Day. During the event pirates try to break the Guinness world record for most pirates gathered in one place, in July 2012 Hastings smashed the record with 14,231 pirates assembled. In 2016 would-be pirates were on the pier to create human letters spelling out Hastings.

The Hastings Pier & White Rock Trust applied for funding to the Heritage Lottery and were awarded a £11.4 million grant to restore the substructure of the Pier and renovate the remaining building. In August 2013, a Compulsory Purchase Order was enacted and the Pier was returned to local ownership, which enabled the £14m renovation project to go forward. Work was completed in late 2016 and the Pier re-opened in May 2016.