You are here: Home>Themes>Entertainment>Bands>Autographs of The Move

Autographs of The Move 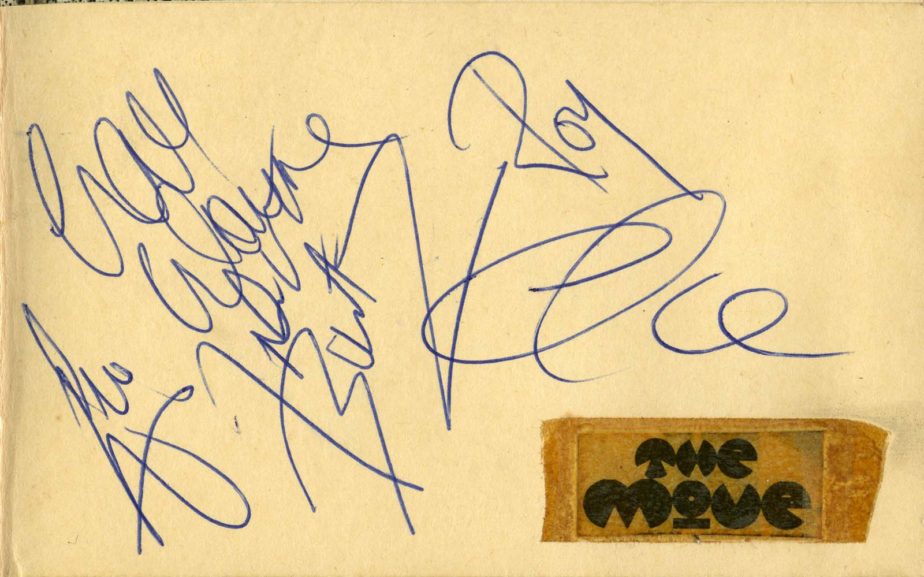 The Move were a British rock band of the late 1960s and the early 1970s. For most of their career the Move was led by guitarist, singer and songwriter Roy Wood. Trevor Burton was both a vocalist and a guitarist.