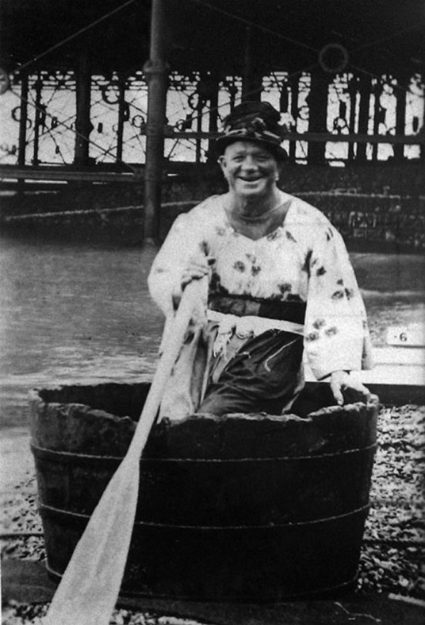 Throughout the first half of the 20th century Biddy the Tubman was a regular feature on the Hastings seafront in the summer months.

As a young fisherman during the Edwardian depression, Biddy and two other young fellow fishermen used old fishing tubs to ride the waves and perform acrobatics. These were very hard times for fishermen with many being near the bread line, so when they started drawing crowds to watch them Biddy realised he could make a bit of money by doing the antics whilst his mates collected small change from the watchers. Biddy continued after the war right up until the 1950s, but died destitute.

Comments about this page