You are here: Home>Themes>Buildings and place>Changing>A steamer at Hastings Pier

A steamer at Hastings Pier 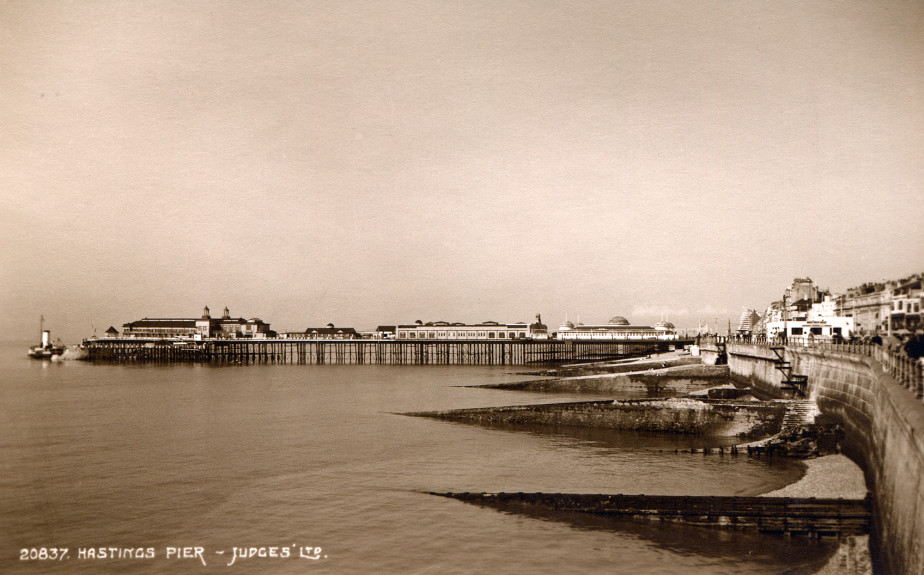 During Hastings heyday before the Second World War, coastal paddle steamers provided luxury trips to all classes of people.

Hastings changed considerably in the 1930s. 1934 saw the opening of Bottle Alley, named after its innovative but thrifty décor. Plans were also approved to rebuild the seafront between St Leonards Bathing Pool and London Road. In 1936 more underground car parks were opened and the foundation stone for Marine Court was laid, claiming to be the highest block of flats in the UK and modelled after the Queen Mary ocean liner.