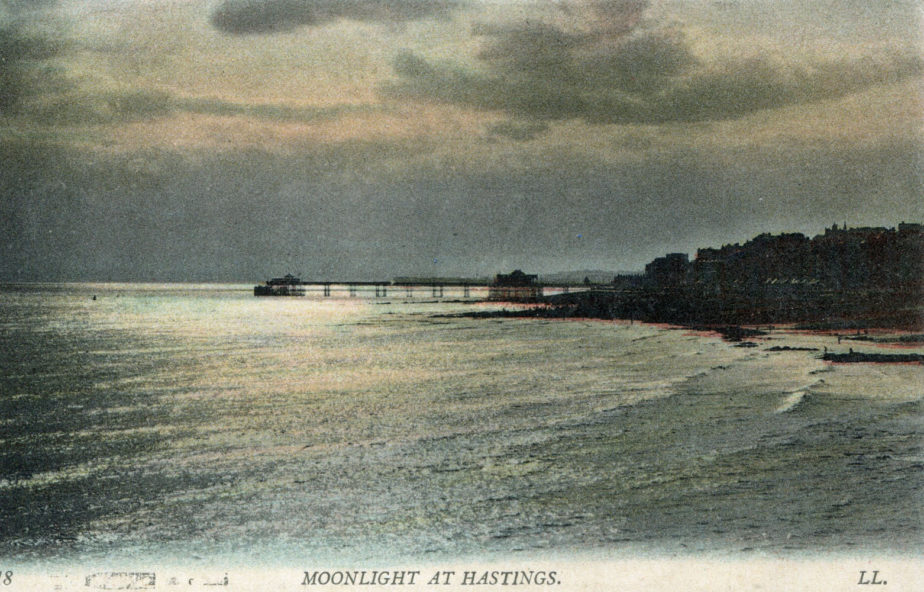 From 1891 Hastings and St Leonards had two piers. St Leonards Pier was renamed the American Palace Pier in 1909 because it's new owner was an 'American Syndicate'.

St Leonards Pier opened in 1891, and was hailed as a masterpiece of design and construction, its main feature being the 750-seat semi-Moorish pavilion at its landward end. It went through a series of owners in its lifetime, who struggled to make it profitable. Like Hastings Pier it had its middle section removed during WWII to prevent enemy landings, and it was badly damaged by fire. It never reopened and was eventually demolished in the early 1950s.