You are here: Home>Themes>Sea and wildlife>Boats>Police Commendation of pilot rescue near Pier 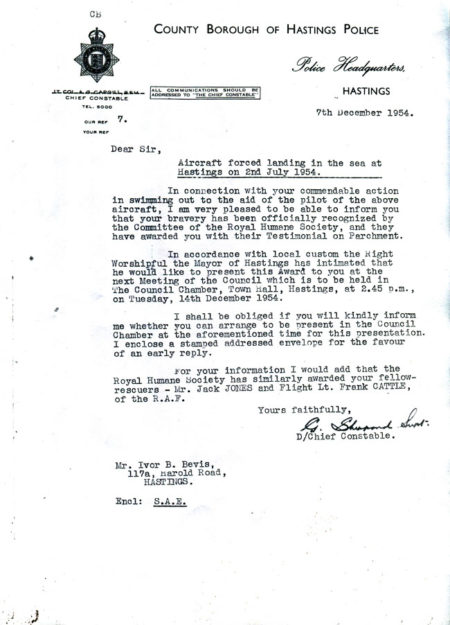 On 2nd July 1954 Master Diver Ivor Bevis, together with Mr Jack Jones and Flight Lt Frank Cattle of the R.A.F., rescued a pilot whose plane crashed into the sea next to the Pier.

Pilot Michael Macey was flying his Auster near to Hastings Pier when the engine stopped. He saw a patch of sea where no-one was swimming and hit the water at about 30 miles per hour. He climbed onto the wing while Flight Lt F. Cattle swam out to him in a heavy surf, followed by Jack Jones and Ivor Bevis in a lifeboat. The pilot was rescued minutes before the plane sank.