You are here: Home>Themes>Entertainment>Promotional>Poster for Who gig, Christmas Eve 1965

Poster for Who gig, Christmas Eve 1965 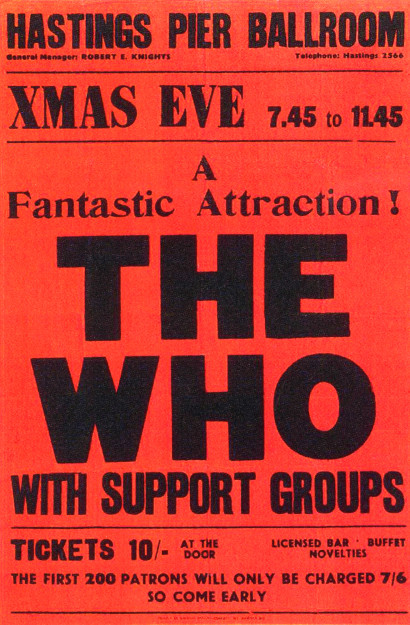 This was the first of four performances by the Who on the Pier. 'My Generation' had been released a couple of months before. Their fourth and final appearance on the Pier was July 20th 1969. Less than a month later – Aug 17th 1969 – they were playing Woodstock in America.