A print of a starling by Barbara Briggs 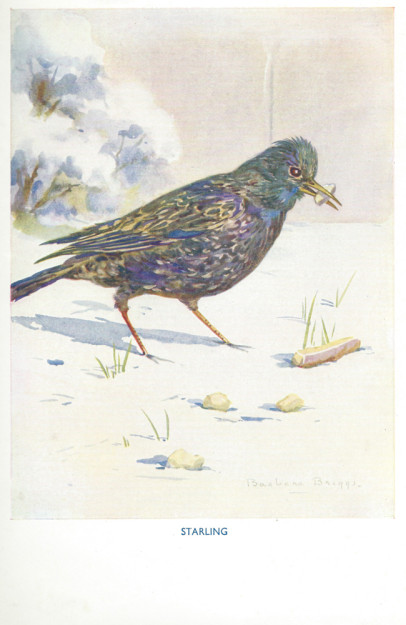 A flock of Starlings is called a murmuration, this swooping mass of thousands of birds twirling and turning in the sky above your head can be seen at dusk before they dive under the pier to roost. They’re basically the synchronized swimmers of the sky, whirling around so they look like one giant living thing, we think they do this as protection from predators. The flock is at its largest over autumn and winter months once the nesting season has come to an end and they come from colder areas of northern and Eastern Europe and even Russia to enjoy our warmer winters.

The Pier is an excellent place to watch for the passage of migrating birds. The spring migration begins in late February and gets going properly in March. Autumn bird migration can be seen in September to November. The passage of Brent geese in March and April can be striking: flocks can pass quite close to the pier, occasionally flying right overhead, as the birds navigate by following the coastline. Winter sees the appearance of seabirds on the Channel, with great crested grebes, common scoters, red-throated divers and gannets all regularly present. Rarer species on the sea around the Pier include red-necked and slavonian grebes, the great northern diver, the red-breasted merganser and the long-tailed duck.