You are here: Home>Themes>Entertainment>Events>Programme for The Return, 26 April 1954 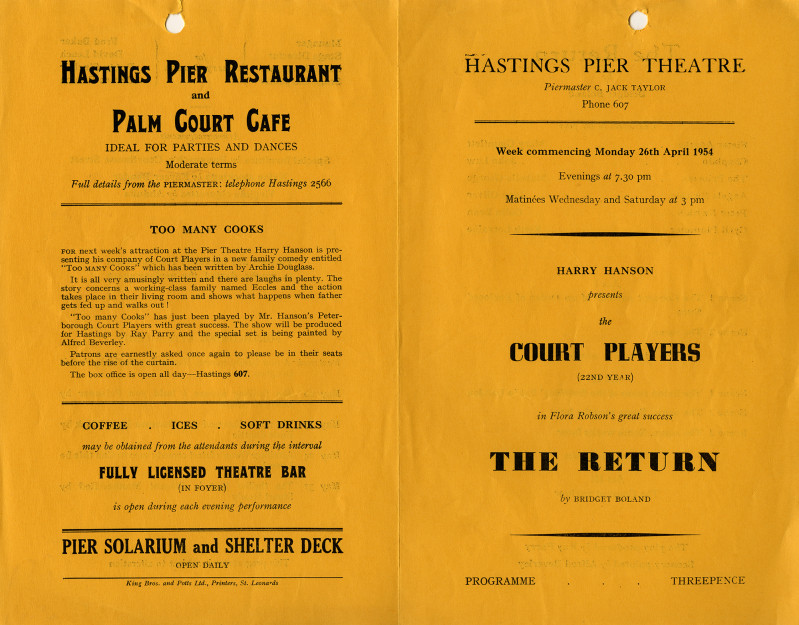 Harry Hansons Court Players performed on the pier from 1932 to 1963 in the Shore Pavilion Theatre, built at the shore end of the Pier in 1926. 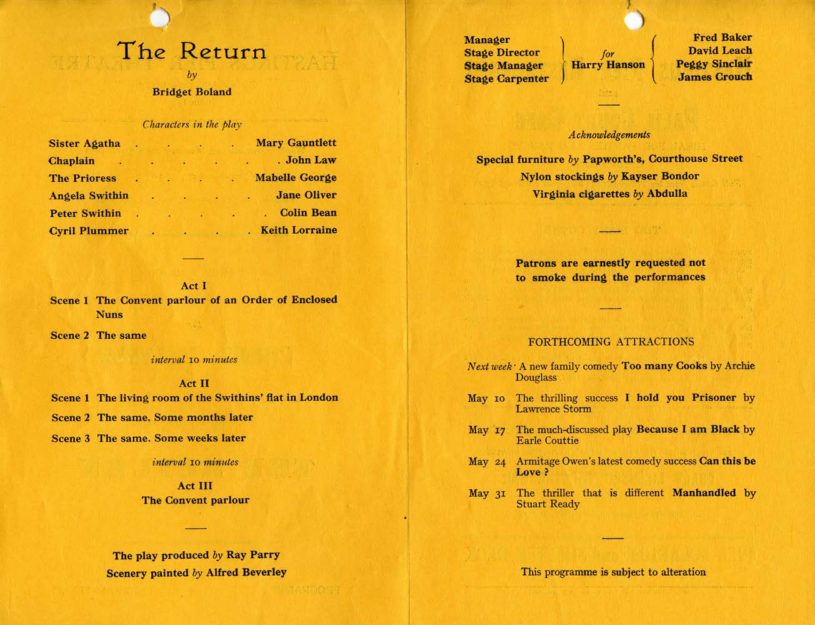 Harry Hansons Court Players performed regularly in the Shore Pavilion Theatre, built at the shore end of the Pier in 1926. They remained very popular until the 1960s.

Harry Hanson brought the repertory rights of well know West End successes and presented them in his repertory companies all over the country. The Shore Pavilion Theatre at the landward end of Hastings pier was a home base for Harry Hanson’s Court Players, who often moved into the White Rock Pavilion during the winter months.

It is easy to dismiss the Court Players as a by-word for ‘Tat’: true that it was not unusual to see a red chintz table cloth used as curtains one week and a table cloth the next, true that the flats were often nailed together rather then cleat and lines used, and that the Hanson carpenter having removed those nails at a week-end strike had to straiten them out for re-use rather then buy new nails. However, on the basis that you get what you pay for, by far and large Harry Hanson gave value for money, and audiences returned week after week to see his plays.

Harry Hanson was reputed to have a different coloured hairpiece for each season, and it is said that when presenting Dracula he wore a white hairpiece and would tell his company, “My Dears, you have played yours parts so well that my hair has turned white with fright.” Harry Hanson gave employment to many, and enjoyment to tens of thousands. Long live the name of Harry Hanson’s Court Players.