You are here: Home>Themes>Entertainment>Events>Programme for Opera on the Pier, 1990

Programme for Opera on the Pier, 1990 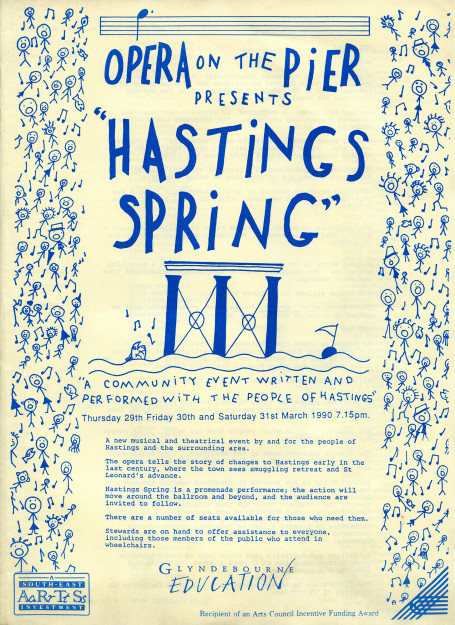 ‘Hastings Spring’ was organised by the education department of Glyndebourne Opera. It was a community event written and performed by the people of Hastings. The story was set in the early 1800s when the old ways of smuggling and fishing were coming up against the emerging seaside resort. It had a cast of hundreds, including many local school children and local musicians. The whole performance took place in and around the ballroom on the Pier – there was no set stage – and the audience had to move around and follow the action wherever it took them. 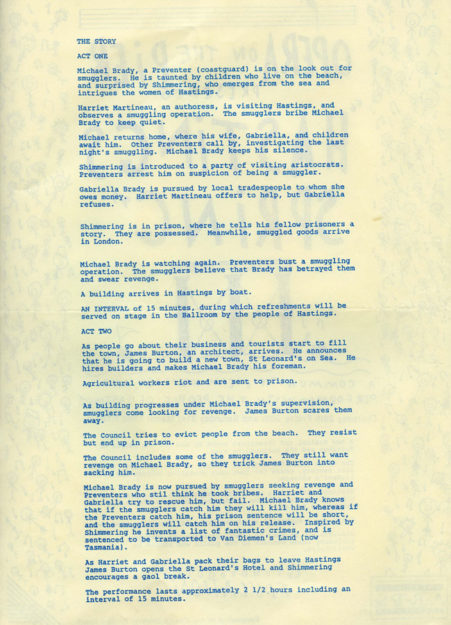 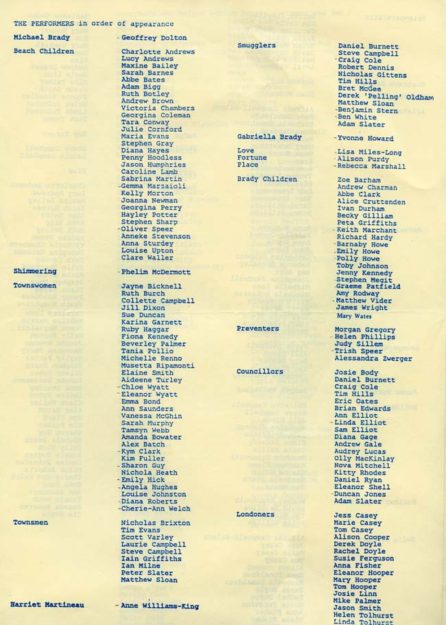 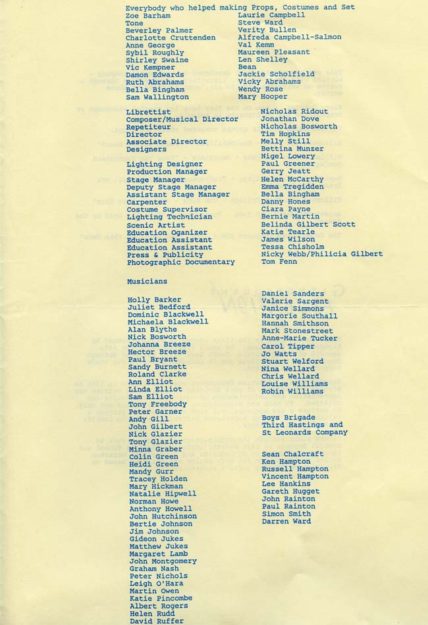 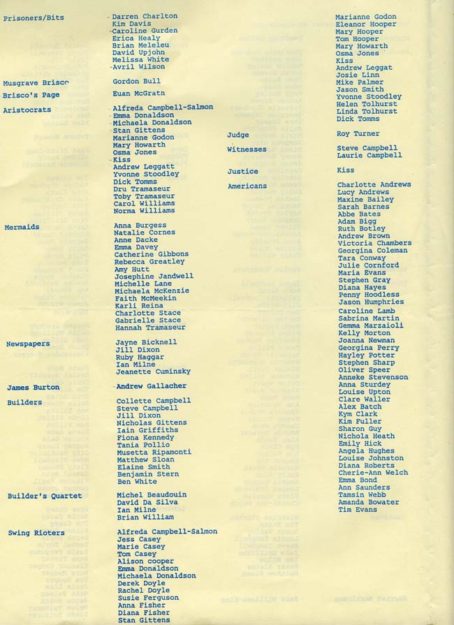 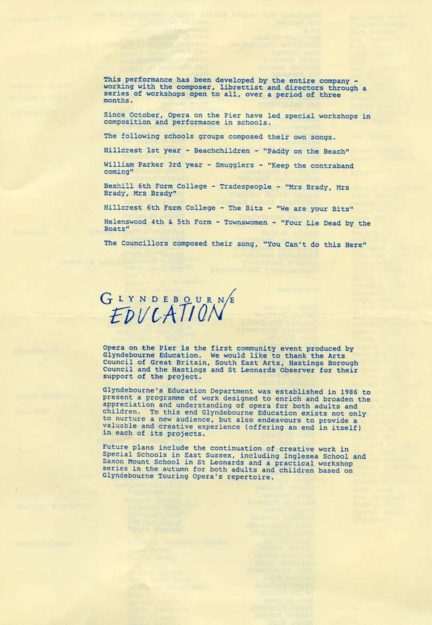 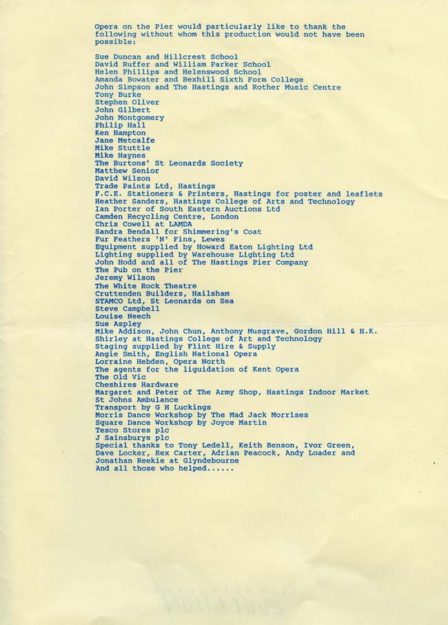 In the 1980s, Hastings Pier was no longer making money and its 100-year-old structure was in need of serious repair. In 1983 the Pier Company, who had owned it since 1872, sold it to Hamberglow Ltd, a company formed by two of the Pier’s largest concessionaires. The new owners discontinued the yearly inspections of the Pier’s substructure as they struggled to make the Pier a going concern. The Pier was damaged in the 1987 hurricane, and in 1989 the owners announced that they had been in the red for the two previous years.