You are here: Home>Themes>Entertainment>Events>Promenade and Bandstand by Night

Promenade and Bandstand by Night 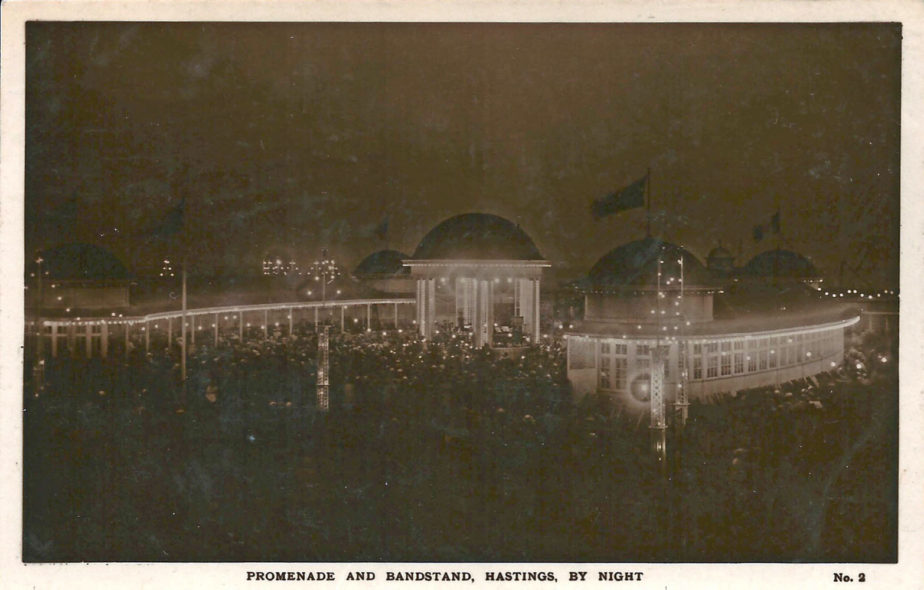 In 1925 a lighting gantry was erected round the Pier extension, and throughout the next decade night illuminations were very much part of the romance of the Pier.

British dance bands of the 1920s and 1930s were orchestras fronted by a band leader. They played popular, good-time tunes influenced by American jazz and big band music. But they also maintained a peculiarly British sense of rhythm and style which came from the music hall tradition. Often comedians of the day or music hall personalities would sing novelty songs backed by well-known British dance band leaders.