You are here: Home>Themes>People>Fashion>Tramp Ball on Hastings Pier, 1959 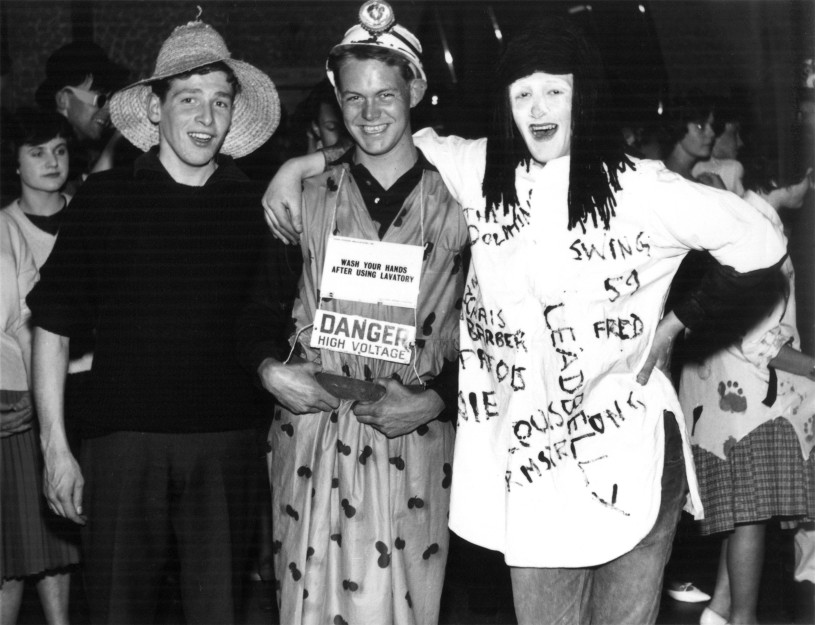 When the Pier reopened after the War in 1947, there was a programme of concerts and dancing to Hector Davies and His Broadcasting Band. In the early 1950s, Frank Barker and his orchestra played every night except Sundays. Dixieland jazz made its debut in the Pier restaurant in 1952 with no restrictions on jive fans, according to the local newspaper. By 1954, it was Frank Barker and the Oceanaires performing for dancing three or four evenings a week. In the early 1960s the growing trend was one-off performances by visiting rock bands.