You are here: Home>Themes>Buildings and place>Changing>White Rock promenade and Hastings Pier 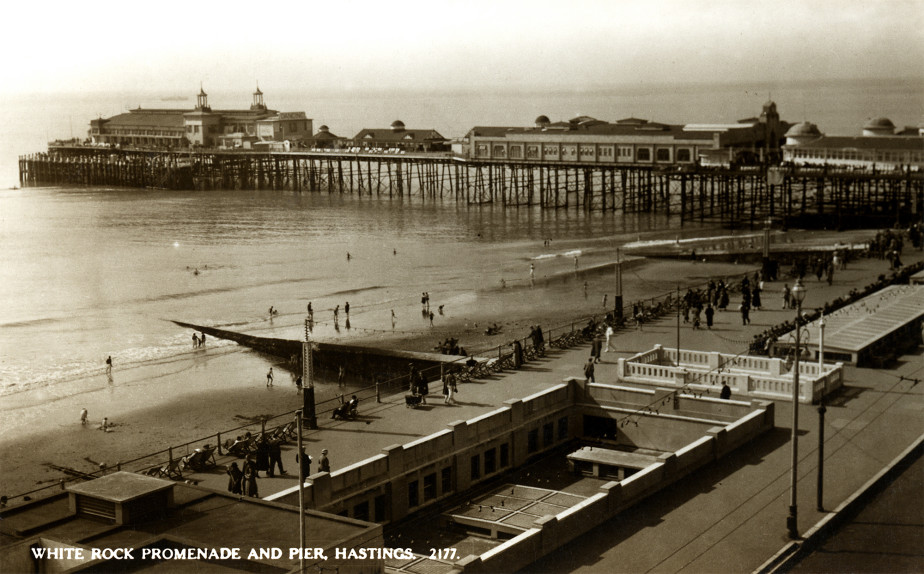 Foam baths, medical baths, and a lounge for tea and refreshments were all on offer following Pier renovations in the 1930s. 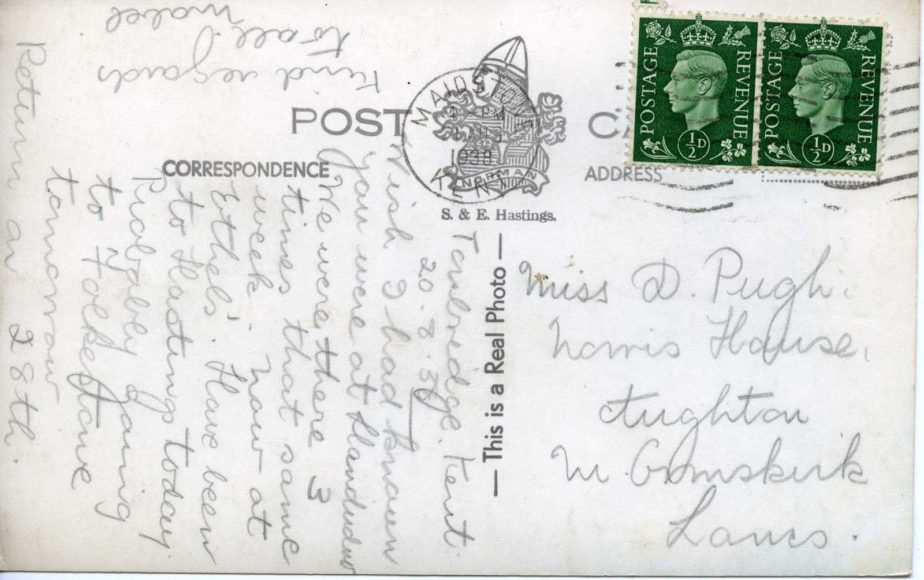 Hastings shook off the Great Depression of the 1930s with a commitment to town improvements. In June 1931 a greatly improved White Rock Baths opened, followed in July by a completely rebuilt railway station, and in December the new seafront between White Rock and Marine Parade. The same year saw the opening of the Bathing Pool in West St Leonard’s, one of the largest in the UK, and St Leonard’s Pier was substantially rebuilt, reopening as the new Palace Pier.